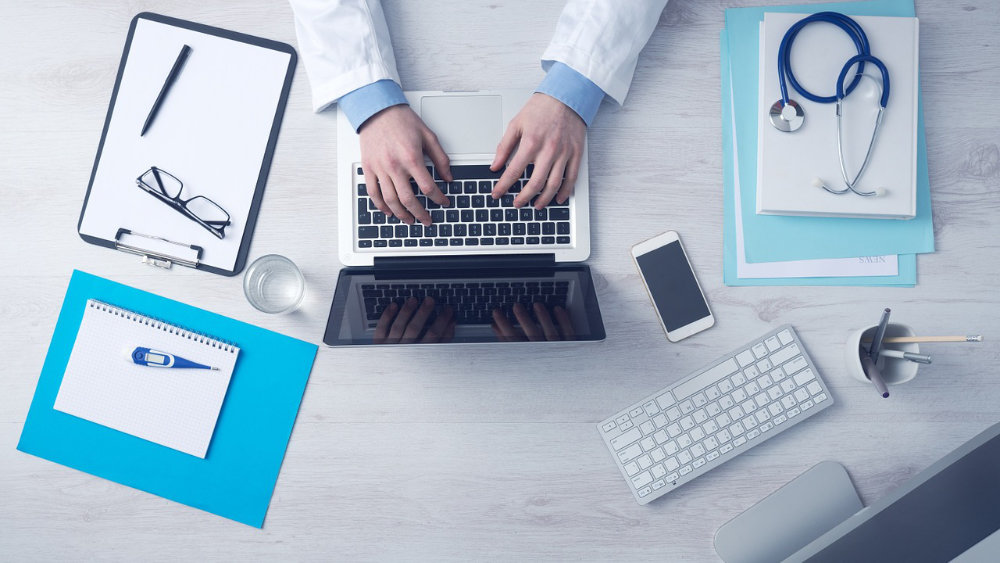 Can Robots Ever Replace Humans in the Hospital?

Vinod Khosla, a Silicon Valley investor, predicted that in just a few years, robotics will replace over 90% of medical personnel in the hospital. While this is an extremely bold claim, and one that could be called farfetched, does it have some sort of merit?

With robots increasingly taking over jobs formally held by humans, the question of how far technology will go has arisen. In the near future, will we start ordering ice cream from a robot? Will a robot teach our kids Newton’s Three Laws? Will robots be capable of performing complex medical operations? These are all thought-provoking questions, but the purpose of this article is to focus on the final one.

In this article, we will discuss the intricate relationship between medicine and robotics and predict how valid Khosla’s quote will turn out to be.

The Current Use of Robotics in Medicine

We know that this article is more about what will happen in the future, but that doesn’t mean that we can’t talk about what is happening today. Robotics is currently being utilized in the field of medicine in a myriad of ways.

A common application is rehab robotics. Patients with spinal injuries resulting in temporary paralysis of some body parts are being treated with the help of robots. These machines are programmed specifically to adapt to the medical condition of a specific person and change their course of action accordingly. Robots are also being used to transport medical equipment and meals in some areas of the world.

However, the most complex robots serve as assistants during precision-based invasive surgeries. There are tons of procedures too delicate to be done accurately by the trembling and ‘shaking-under-pressure’ hands of a surgeon. Robots, controlled by a surgeon, can be used to ensure that each cut made is precise down to the final centimeter.

However, this doesn’t really answer the question, does it? Though there exist robotic arms controlled by humans, does artificial intelligence potentially have a greater place in the medical world? Let’s find out.

Why do People Think Robots Could Replace Doctors?

Machine learning and artificial intelligence are two innovative branches of robotics that are trying to get machines to have a functional mind of their own. Once a robot is taught everything a doctor knows, it could come to a diagnosis, prescribe medication, and treat any illness.  However, just because a robot is faster than a human in one aspect of a profession does not mean that it can replace actual human workers.

So, if you ask us, “Will robots ever completely replace doctors in hospitals?”, the short answer is a resounding ‘no’. And, here’s why…

Imagine, in the future, a robot is performing a critical surgery on a patient. However, due to unavoidable reasons, the robot is not able to save the life of the patient. How is the machine supposed to tell the patient’s family? The robot would probably just go up to them and mutter, “Patient Status: Deceased”!

Humans are emotional creatures; dealing with a non-sympathetic piece of metal during a trying time would not bode well for all parties. Breaking the news is, unfortunately, a vital aspect of being a doctor, one that a robot could never perform well.

Apart from that, good bedside manners are also important to have. Doctors are trained to ensure that they can deal with anxious patients in a kind manner. A robot isn’t going to ask a child what their favorite cartoon is when injecting a needle! The machine also will not even attempt to console the crying child.

There’s a certain way things should be done. And, while evolution is necessary, there will always be stuff that has to stay the same. In the case of medicine, a doctor’s empathy is a factor that should always remain constant.

Just ask yourself this: you have terminal cancer. Would you prefer to read it on a printed report? Or would you prefer to hear it from a doctor that breaks the news calmly, gives you a few minutes to cry, a hug, and lays out how you can enjoy or even prolong your remaining days in this world? Most folks would choose the latter.

There’s an episode in the TV series House M.D. where a teenage boy was brought in after an ATV Crash. But this ATV crash didn’t happen due to driver negligence; the boy became entirely unresponsive while on the vehicle causing it to slam into large pipes. A slew of different diagnoses later, House had no idea what was wrong with the kid. After he visited the patient once more, he noticed a cigarette burn on his wrist. House immediately went over to the parents and asked about whether their kid was a smoker. After getting a severe no for an answer, he concluded that the teen was trying to quit smoking by using cheap nicotine patches from a street vendor which instead of helping him, were injecting his body with poison.

The point of this anecdote is to illustrate that a physician’s job isn’t just to look at reports and determine the problem. There are a lot of cases where the doctor has to come to the correct diagnosis in an unorthodox fashion, something a robot is not primed to accomplish.

There’s a saying in the world of AI, garbage in, garbage out. This refers to the fact that the efficiency and results produced by a robot are only as valid as the data it’s fed by humans. Today’s robots are required to be fed data on every patient such as past procedures, allergies, etc. These will all be inputted by a human being and if there’s any sort of error, the robot will blindly and incorrectly go about its routine. The robot will treat the patient based on false data which could lead to disastrous results!

While there will always be errors in a patient’s files, a doctor is capable of scrutinizing the information in patient files and judging whether or not something makes sense. They’ll know when something is fishy and go through the necessary avenues to confirm their suspicions. A robot is just “monkey see, monkey do”, and questioning human intel is something they most likely never be able to do.

Robots Don’t Do Everything

While a robot is capable of filing a thousand documents in just a few minutes, there will always be something that robots can’t do. A robot may be able to perform invasive surgeries, but it can’t really perform CPR on a choking patient in the ER, can it? This seems like a minute detail, but there are dozens of other important things a robot could never accomplish. And, while robots can improve efficiency in an office by taking a lot of paperwork off of a doctor’s plate, it will never wholly take over it’s master’s job.

Yes, robots are excellent tools in the field of medicine. But that’s all they can be. Machines are something that human beings can use to make medical procedures safer, easier, and more reliable. But this, by no means, translates into the idea that robots can replace doctors. Sure, in the near future, a high percentage of the personnel in a hospital will be robots. But, like we’ve said so many times, there are just too many things a doctor does, in addition to performing surgeries, that a machine will not be able to replicate efficiently. With that being said, there’s no doubt that robotics will be instrumental in tomorrow’s medical facilities, but it’s foolhardy to deny that humans doctors will become extinct.