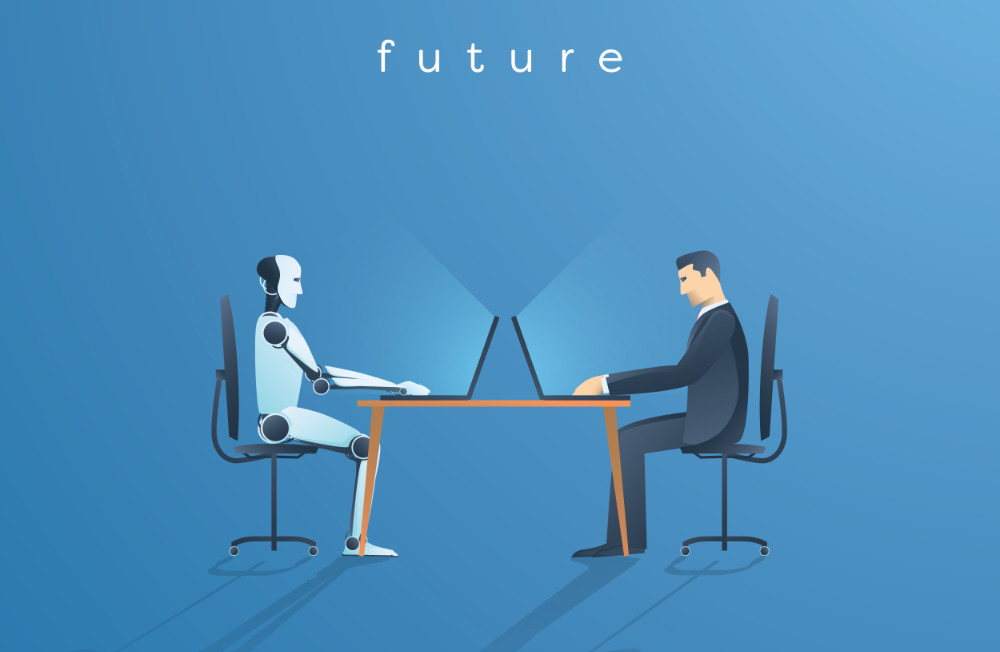 The Use Of Artificial Intelligence In Robotics

If there is one technology at the moment in the world that scientists are crazy about, it’s Artificial Intelligence! The idea of creating a machine that can mimic and learn just a like real human, and (possibly) help make our lives easier and safer, is extremely appealing to scientists.

The concept is just so captivating and the possibilities are truly endless with the proper application of AI. However, it’s not only scientists that are fascinated by the AI, so it’s the general public. They’ve also developed a deep curiosity to learn exactly what we’re dealing with when it comes to Artificial Intelligence. And as the word “curiosity” in our domain name states, we’re also curious!

So, if you’re someone that’s intrigued by how Artificial Intelligence works and how it is incorporated into robotics, then this articles will help clear a few things for you.

Let’s get right to it.

What is Artificial Intelligence (AI)?

Artificial Intelligence, Machine Intelligence, or a bunch of other names given to the technology basically point to the same thing. AI is an approach to artificially replicate the intelligence demonstrated by human beings. If you wanted us to dumb down the definition a little bit, then AI is the technology that allows machine to become capable of learning, understanding and adapting to situations accordingly.

AI isn’t something relatively new. The concept behind dates back to ancient times. Even though the term itself as entertained much later on, the history of robotics is an extremely rich one. Let’s talk about it in detail.

The History Of Artificial Intelligence

The earliest instances of AI dates back to somewhere in Greek mythology where an automated machine by the name of Talos was meant to protect the Greek empire in Crete from invaders. Fast hundreds of years later, we had the very first, allegedly AI powered robot in 1928. The robot named Eric was built by World War 1 Veteran Captain William Richards and an engineer Alan Refelli. The main reason behind making the robot was that George VI asked Richards to make a man of tin. He did so and presented Eric at the Duke’s palace where the bot rose to his feet, bowed and continued to give a four minute speech. Eric wasn’t exactly AI-powered, to be honest, no one knows how Eric really did all the things he could. However, judging by the fact that he was able to move, sit stand and talk on his own, he was called an artificial intelligence robot.

But, if you want to know who the very first official, fully-functional, actual AI-powered robot is, the answer would be Sophia; a robot made by Hanson Robotics.

Sophia is a social humanoid robot that ‘came to life’ for the very first time on February 14th, 2016. And right after that, she just overtook the global media. She was shown publicly for the first time later in the year in Texas. After that, the replicate of Audrey Hepburn traveled the world and even became the very first robot to ever receive a citizenship. During the Future Investment Summit in Riyadh, Sophia was made an official citizen of Saudi Arabia.

Sophia is the most advanced AI-robot man has made till date. She can perform facial expressions, process visual image, recognize speech and faces as well. Sophia is fully capable of engaging in conversations without any sort of pre-programmed instructions telling her what to say. Hanson also claims that Sophia can understand basic emotions like happiness and sadness, while also being able to express them to some degree.

Sophia started off as a regular robot that wasn’t able to do all the things she can today. Also made on the concept of ML, Sophia learned what she knows now through her interactions with humans beings over the past three years. If you watch some of her interviews, you can easily see her AI developing over the years from back in 2016 to right now in 2019. Even though there have been various critics complaining that Sophia is just a fancy chatbot of sorts, theirs is absolutely no denying that Sophia the Robot is the first and the finest AI-powered robot that humanity has made to date.

Basically, AI is a software and it’s not anything tangible or physical. It’s a computer program that’s taught to learn through the concept of Machine Learning. AI can work alone as a standalone software to person a ton of tasks. Jarvis, from Iron Man, is a good example of AI. Jarvis is a computer program but it can perform a variety of tasks without having any physical shape or being (we’re talking about the pre-Vision phase, of course).

On the other hand, Robotics is anything that can perform a function on its own. There are two possibilities. Either that function is pre-programmed into the robot’s memory, meaning that its told exactly what its supposed to do. The second possibility is where the robot is told a bit about what to do, but it has to learn and develop on its own. This is where AI is paired up with robotics and the robot can itself learn what to do. A good example of this comes from a research from Frontiers. They talked about a robot that’s capable of sifting through human deception and actually figure out if a person is lying. The AI-powered robot detects focuses on a person’s eye movements, response timings, eloquence, personality traits, etc. By calculating all these factors, the robot can then predict whether a person is lying, or if they’re telling the truth. A bit fancy piece of equipment for a lie-detector test, but this goes to show just how AI and robotics are meant for each other.

Is AI Taking Over the World?

So, you’ve understood the gist of how AI works with robots and if you’re a fan of Hollywood, you may be thinking, “What is stopping the lie-detecting robot from standing up and crushing the head of the liar with it’s bare hands?” The media has greatly talked about the hypothetical scenario that one day, AI will become the more dominant intelligent on the face on the Earth and robotics supervised by some form of over-powered AI source will take over the world. Even though it’s mostly Hollywood that has supported this claim, this didn’t stop some popular scientists from raising their concerns.

Stephen Hawking, Elon Musk and Bill Gates have expressed their concern regarding these issues and they have been even conducted some research in the field. Basically, Hawking reported that success in AI will be one of the biggest events in human history but, if done incorrectly, it could also be the very last.

However, if you’re imagining armies of robots storming your house in the year 2050, you’re dead wrong. Let’s talk about why. So, one thing we haven’t talked about a lot is called Machine Learning. AI is largely built using ML. Machine learning is a concept of feeding data to a program and letting it get a further understanding of it based on the input data. To understand this concept, let’s use the decimal number system. All a Machine Learning Robot will need to count to a trillion is to get the numbers from 0-9 and they’ll be able to count till a trillion. However, no matter what the robot does or how smart it is, it won’t be able to think of a new number because it wasn’t fed to him. It can just use the existing number to make numerous combinations. Similarly, if a robot is instructed to never harm a human being, the machine will never be able to do that. You may have heard of the three Laws of Robotics that state the following:

These laws are nothing but a myth, however, as civilians, you should know that even though scientists don’t consider robot-apocalypse a likely possibility, they are using something similar to these laws to ensure the protection of mankind. So, you can sleep peacefully, a robot is not going to break into your home in the middle of the night. At least not until we have humans to do that.