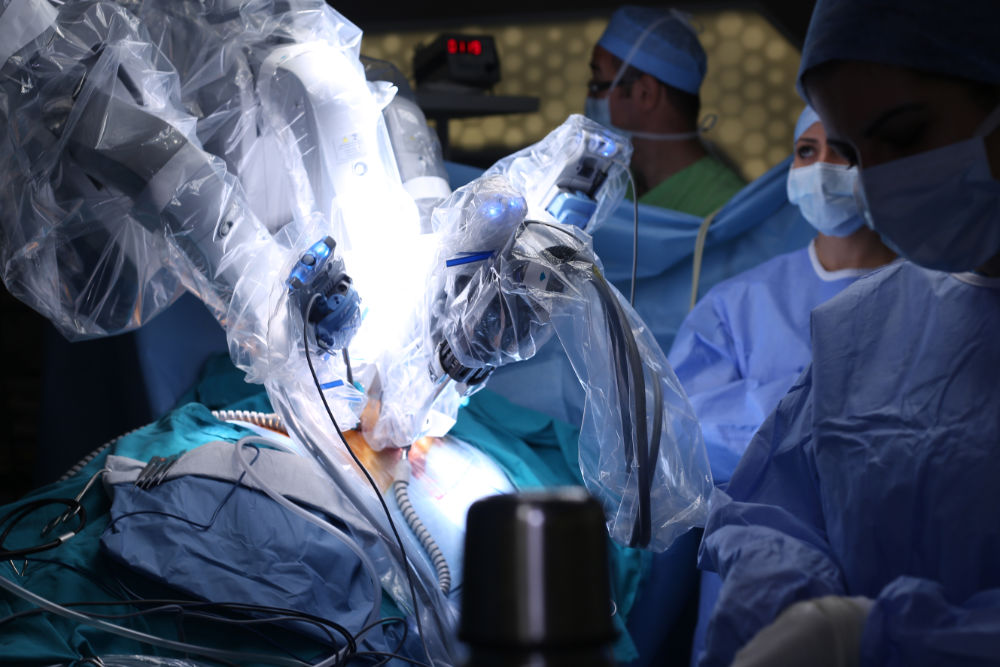 What Is Mazor Robotics? A Medical Revolution.

There aren’t many robotics companies out there that have 100% of their attention solely on the medical aspects of their products. The world would rather make automated drones and warfare equipment instead of actually making something productive out of the technology at their disposal. Well, the same cannot be said for Mazor Robotics. This is a company that has been struggling since 2001 and in the past 18 years, they have made dozens of breakthroughs in their time. Let’s talk about Mazor Robotics, a company that has helped save thousands of lives over the course of their existence.

An Introduction to Mazor Robotics

Based out of Israel, Mazor Robotics Ltd. focuses on making robot guidance systems for spine surgery. The company has three major offices around the world, one in Caessarea, Israel, another on in Munster, Germany and finally, one in Orlando, Florida. With a revenue of $21.21 million as of 2014, the company has played a key part in the automation of the medical industry. If you want the statistics and the numbers, Mazor products are installed in over 54 hospitals around the world with 28 of them being in just the United States. It has been used in more than 4,000 procedures globally. The company is majorly focused on spinal surgeries. Although their products can be used for other procedures as well. However, the bulk of their technology is based on making something as dangerous as spinal surgeries safer for the patient involved. If that doesn’t say a lot about all the good Mazor is doing, nothing else will.

The company itself didn’t come into existence until 2001, however, in a way you could say that the formation started in the late ‘90s with research in the field of surgical robotics at the Robotic Laboratory of the Faculty of Mechanical Engineering at Technion, an Israeli institute of technology. Later on, Mazor was founded by Professor Moshe Shoham and Eli Zehavi in 2001. Shoham came acted as the Head of Medical Robotics Lab at Technion while Zehavi was a Vice President of Engineering at Elscint. The company was set up in one of the institutes incubators under the name M.A.S.O.R. Surgical Technologies. This name would later change to Mazor Surgical Technologies and then to Mazor Robotics, its current name.

In the December of 2018, Medtronic acquired Mazor Robotics for $1.7 billion along with all of its platforms and ventures.

That’s enough about the company, let’s start talking about what they’re making. Here’s a rundown of their products.

What Products Does Mazor Robotics Have?

The line of products from Mazor Robotics is actually quite extensive. Let’s start way at the back with their very first product.

The first product from Mazor that got approved by the FDA was SpineAssist, technology that consists of two pieces. The first is a small scanner of sorts that is attached over the patients spine and the second is a workstation that allows surgeons to plan their procedures with the help of a screen containing a list of some pretty amazing features. Before starting the procedure, a surgeon can use a CT-based pre-op planner, consisting entirely of 3D imaging. The surgeon can use the SpineAssists’ long list of implants and place the said implants exactly where they would during a surgery. The tech makes the surgery a walk in the park by taking the surgeon through each step sequentially. SpineAssist is a revolution in the world of spinal procedures and implant installation where even a minor slip-up could cost a patient their legs. In 2004, SpineAssist received its CE mark and became the very first commercially sold spinal surgery guidance system available in the market.

SpineAssist was a phenomenal product and a revolution in every sense of the word, however, it soon needed an upgrade. And, to provide that much required upgrade, Mazor released the Renaissance Guidance System. There’s no limitation on the amount of procedures that can use Mazor’s Renaissance Guidance System. It doesn’t matter whether the surgery at hand is a degenerative repair or a minimally-invasive surgery. There are four steps to using the Renaissance Guidance System. The first is to plan the whole procedure by creating a pre-op blueprint specifically for each patient in a 3D environment. Second step is hooking up the apparatus to the patient. This is the most critical stage as you should double and triple check the rigidity of the whole setup to ensure maximum precision. Next, the software captures the fluoroscopic images that are then matched to their corresponding position on the pre-operative CT. After that, it’s time for the actual operation where the tools and implants are positioned to the exact location down to a 1.5 mm accuracy. The Renaissance Guidance System was made for the absolutely level of accuracy, and it sure delivers just that.

Following the acquisition, Medtronic released its very first product with Mazor with the Name Mazor X. The Mazor X Stealth Robotic-Assisted Spinal Surgical Platform was a major upgrade that combined the technology from the world’s largest medical device maker and paired it up with one of the biggest names in the industry of medical robots. Mazor X uses Medtronic’s Stealth Software to carry out surgical procedures with the help of a robotic arm that guides implants to their proper position and provides constant real-time imagery to ensure that the procedure is being carried out as desired. It works similar to the Renaissance Guidance Software. You tell the Mazor X what to do and how to perform a certain surgery ahead of time on a computer. Then, the robotic hand will perform the surgery according to the given instructed provided beforehand. Mazor X received FDA clearance in the November of 2018 and it has been used in hundreds of procedures to date.

The benefits of the products from Mazor is a long, long list. Its saves more lives than we can possibly comprehend. Let’s talk about how exactly it’s saving those lives.

With the help of Mazor’s digital imaging software, the need for multiple X-Rays is completely eliminated. The device on the patients back is more than enough to get as many scans as needed. This drastically decreases the amount of radiations the patients will be exposed to. Radiation exposure might not be a problem for regular patients, but if a person is suffering from a compromised immune system, Mazor could potentially save their lives.

Mazor Robotics doesn’t just run on a single generic surgical plan that applies to every single patient. Instead, the pre-op plans for each patient are specifically custom-made according to their body.

We’ve talked about this factor throughout the whole article about how Mazor offer precision down to the last millimeter. The company prides itself on this factor and it should as well. The spine is one of the most sensitive areas in the body to operate on and even a minor mistake could cost render a patient paralyzed, which is just the best case scenario. Hence, with the help of Mazor, you’re factoring in a machine instead of a surgeon – A machine that does not make mistakes, that will not screw up and most importantly, a machine that will do exactly what you want it to down to the most minute of measurements.

Surgeries that would otherwise take hours upon hours to complete can be done successfully in a small portion of the same time with the help of Mazor Robotics. Basically, when a patient is under surgery for extended periods of times, it becomes more and more riskier by the second because of the anesthesia they are under. General anesthesia is never fatal, but if you’re under influence for longer than 6 hours, there will definitely be some serious complications once you wake up.

In many cases, robotics in a hospital are a questionable purchase. They may even be a waste of money, but like we said, only in ‘some cases’. Whatever those cases might be, one thing that can be said for sure is that Mazor Robotics and the things they do does not fall in that category. The products from Mazor Robotics are an absolutely revolutionizing addition to a hospital’s hardware. Let’s be honest, no matter how good a surgeon is, the chance for human error is always there. And, getting better surgeons isn’t a way to treat that, the only way to fix this problem is through Mazor Robotics and it’s products.