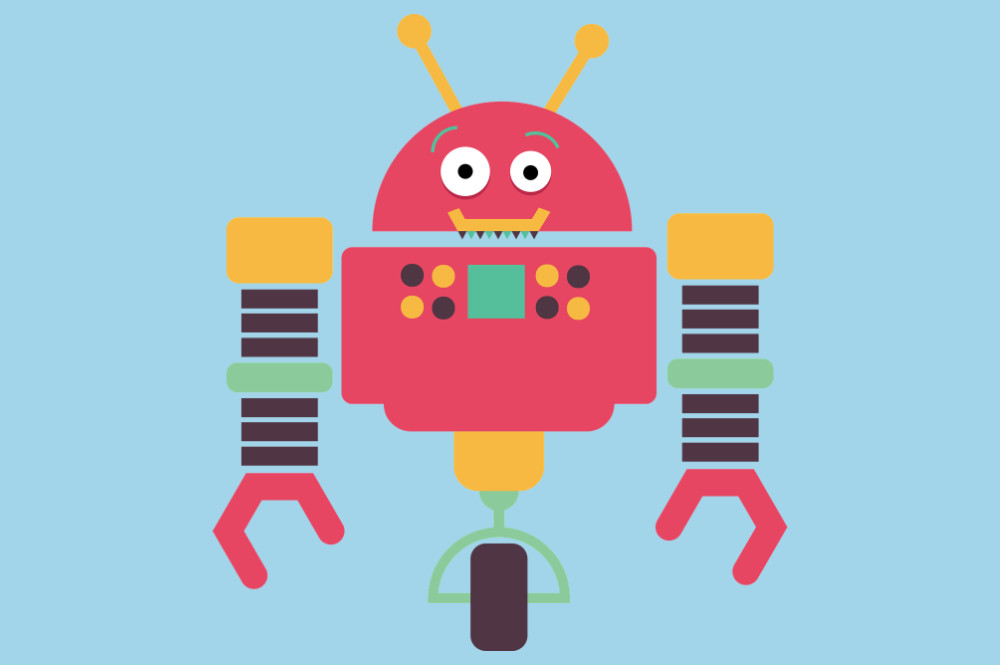 A Brief History Of Robotics

Robotics are a tale as old as time. We think of ancient Greek and Roman as rich cultures with thousands of years of history, and, as a matter of fact, robotics is also something that started around in roughly the same era. While modern electric robots didn’t come to light until the mid of the 20th century, there’s no denying that the roots of this industry go way deeper than most people know these days. Well, this article is supposed to educate the masses regarding the robotics history and how these machines became what they are today. Without further ado, let’s get right to it.

The earlier forms of robots were much different than what they are today. Basically, ‘robots’ were just mechanical machines that emperors used to make their lives more convenient; although, a better word instead of convenient would be luxurious. Let’s discuss several civilizations and their take on robotics thousands of years ago.

Among the Greeks, Hephaestus was the first who entered the field and created three-legged tables that were able to move themselves. There was also Talos, a defense automata designed by the Greek to defend their land against invaders. Talos was ‘programmed’ to circle the islands three times a day.

The Egyptians had a twisted understanding of what robots were. They created ‘divinities’ that were known to have a soul. People would ask them for help and suggestions regarding various areas of their lives and the divinities would respond by moving their head.

If you go and take a look at the Chinese civilization, one incident comes to mind in particular. A carpenter Lu Ban (also given the title of The Chinese God of Builders) was once asked by King Mu of Zhou regarding his skills. The king questioned, “What Can You Do?” In response, Lu Ban brought out his artificial man. This automation could do a fair amount of human tricks that not just amazed the king, but also annoyed him at the same time. However, the king became truly infuriated when the automation started flirty with some of the women in his palace. At this point, the king asked, “Is it possible for human skill to achieve as much as the creator?” Upon saying this, the king ordered his soldiers to seize the automation, which they did.

You can’t exactly say that there were too many robots created during this decade, but it is the time that took the term ‘robot’ to a whole new level. The first time robots were documented in a piece of entertainment was during the 1921 by a Czech writer Karel Čapek. The robots described in the play were supposed to be biological beings that were forced to perform activities human beings would deem unpleasant.

The Japanese then carried on this trend by making tons of variations of robots for their film industry. These machines used compressed air and had the ability to write and raise its eyelids. However, the real achievement of this decade happened during 1928. A British War Veteran Captain William Richards and an aircraft engineer Alan Reffell. The robot, named ‘Eric’ was displayed at the Exhibition of the Society of Model Engineers at London’s Royal Horticultural Hall. The claim was that the two guys could make a man out of tin and they did just that. Eric was a huge success; he was received with an epic commemoration and would soon set off for a country wide tour of the United States. The tagline for his posters was “Eric the Robot, the Man Without a Soul”.

The era where programmable robotic machines actually became a thing. The very first industrial robot was designed inside the United States. The robot was just an arm that could do all the basic functions like pushing, pulling, lifting etc. This arm had extremely wide applications for the industrial sector. Williard V. Pollard would later file the first patent for official use of these robots back in 1938.

Things just kept on skyrocketing from that point onwards. A robot by the name of Elektro was brought to the World’s Fair. He didn’t do that much, but smoking cigarettes and blowing balloons did impress a lot of people.

However, the first actual programmable robot came from German engineer Konrad Zuse who’s known for basically laying the very foundation of the modern day robot. He called it the Z1 and Zuse pretty much made it from his parent’s basement. The Z1 was a binary mechanical calculator that followed the von Neumann architecture. The machine would later be destroyed during a British air attack during the World War II. However, Zuse would carry on to make the Z2, Z3 and the Z4 later in his life.

The Second World War was witness to some pretty wicked robotic machinery that the world had never seen. Out of all the weaponry, two machines come to mind.

The Panjandrum, or known then as The Great Panjandrum was a rocket-propelled cart loaded with tons of explosives. The Panjandrum was developed by the British during the last year of the war. It was a lethal weapon that would have been able to wipe out entire squadrons on its own. Fortunately though, the Panjandrum never saw battle.

The Leichter Ladungsträger Goliath (translates to Goliath Light Charge Carrier) was a German unmanned vehicles that carried up to a 100 kilogrammes of explosive. They were pretty small and looked like a tank. But, rest assured, Goliath had enough firepower to turn an actual tank into mere ashes.

While World War II didn’t fully demonstrate how destructive robots could be in a battlefield, but they were enough for humans to project the havoc these machines could wreck if made for malicious purposes. That is why Isaac Asimov came up with the idea of the Three Laws of Robotics. The three laws were meant for the safe and peaceful use of robotics. The laws are as follows:

Law Two: A Robot should always obey the order of a human provided the fact that the orders don’t conflict with the First law.

Law Three: A Robot should always value its life and protect its existence in all cases except when it conflicts with the First or Second Law.

Robotics is being in pretty much every single industry we see at the moment. Everything from military to medical equipment; robotics are a key factor pretty much everywhere. Here are a few ways human beings are successfully using robotics to maximize their efficiency and make their workforce more productive.

The most common usage of robotics today is to take laborious tasks off of the shoulders of humans and drop them on the never-tiring shoulders of robots. We started off by making ashtrays with the help of robots and now robots are capturing images of black holes and transferring them back to Earth. Automotive industries have also introduced robots into the assembly procedures that can prove out to be quite dangerous for folks to do. Medically, robots are used in extremely delicate surgeries that are too delicate for the human hand to conduct. An example of such a surgery would be a coronary artery bypass. This procedure usually requires the surgeon to cut open the chest to operate on the heart. However, with robotics, the surgeon can avoid major incisions, minimize the amount of blood loss, pain isn’t a huge factor but most importantly, patients can recover much quicker.

While some robots are tasked with tedious activities that humans would have to perform otherwise, there are robots that just the ambition to analyze human emotions. The Japanese have usually been leading this industry by creating robots to understand emotions, sing, talk and even do performances. However, a more recent invention that has certainly taken the social media by storm is Sophia the Robot. Sophia has been demonstrated in popular Hollywood shows such as Silicone Valley and also by popular YouTubers like Will Smith. Sophia holds the power to deeply understand the complexity of human feelings and has left a lot of people stunned by her witty yet surprisingly poetic replies.

Robotics used to make toys isn’t that high tech and are on the borderline edge of being just enough technologically advanced to be referred to as robots. Sony and Hasbro and Tiger Electronics are popular vendors that are creating impressive toys for robots. There’s also a producer by the name of WowWee that produces a huge assortment of robot toys like their Robosapiens line of toys.