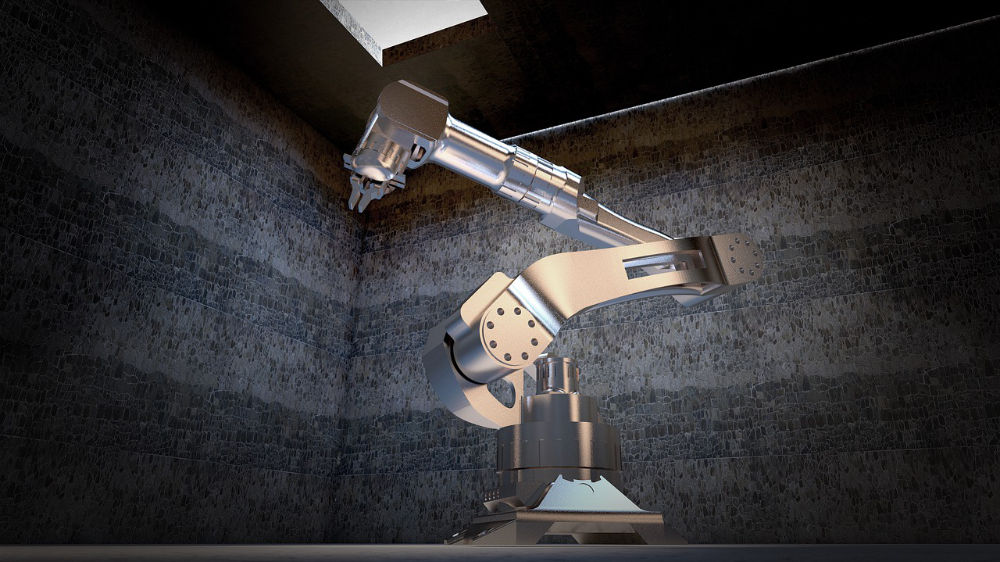 A Complete Guide to the Industry of Robotics

The term ‘robotics’ is one that absolutely everyone in this world is familiar with to some extent. You may not know the work that goes in to make a fully functioning robot, but there’s a huge chance that you’ve seen a robot at work somewhere in your life. And, as you probably understood on your own, robotics are a highly intriguing subject. If you’re an individual that has barely any knowledge of this industry and wants to learn more, well then there’s no better place for you to be than at this very blog page. We’re going to go over the basics of what robotics are, talk about their history, types and then move over to the practical part of this article; how you can involve yourself into the industry. Without any further ado, let’s begin.

Basically, robotics itself is a branch of science that deals with the constructions, operational and experimental use of robots. However, the main terminology here is ‘robot’. Robots are programmable machines that can be instructed to perform a specific task. This task can include all types of different things, but it’s main purpose is to make our lives easier by performing operations that would be difficult, and in some cases, entirely impossible to be performed by humans. The phrase ‘robot’ comes from the Czech word ‘robota’ which means “forced or coerced labor”. The very first time this word was declared officially was during 1920 in a play by the Czech writer, Karel Capek. However, it was Karel’s brother Josef Capek that came up with the word. This wasn’t really an immaculate history of robotics, let’s go back to how this industry started and evolved to what it is today.

Robotics started out way before most people know it really was. The oldest instance of an automated machine was during the ancient Egyptian era when the locals created ‘divinities’ that moved their heads up and down in response to the questions and queries of the worshippers. However, these divinities only followed the idea of robotics, actual robots weren’t a possibility till the 1920s. The funny thing about this decade is that there wasn’t actually an industrial application for the robots being developed. They were just for made for the film industry and various movies and plays.

If we’re talking about a programmable robot with an industrial application, the oldest robot would come from Konrad Zuse during the 1930s. Zuse made the Z1 which followed the von Neumann architecture and basically laid the entire foundation of future robots.

It’s safe to say that robots weren’t always perceived as a good thing. They were often viewed as an enemy to man, and Hollywood didn’t help with that either. Then came something known as the Three Laws of Robotics by Isaac Asimov. Basically, Asimov proposed the idea that, in order to keep robotics on a peaceful level, each robot must obey the following three fundamental rules and regulations.

Law One: A robot is forbidden to, under no circumstances, harm a human being.

Law Two: A robot should obey the orders of humans beings, provided this doesn’t come in conflict with the first law.

Law Three: A robot has to ensure it’s own well-being, provided that this doesn’t contradict with the first two laws.

Ever since then, the only thing in the world of robotics are breakthroughs, one after another. And, it’s safe to say that things are going to change anytime soon.

How Are Robots Being Used in Various Industries?

Basically, robots are the only reason why outer space explorations are even remotely possible. We see pictures of planets every day, but do you know that if a human were to fly out to, say, Mars, it would take him over a year just to get to the red planet and another just to get back. This is a lot of effort for a simple picture and Mars is the closest planet to Earth at the moment. So, in order to use manpower for better applications, robots are handed the majority of outer space missions.

The military applications of robots are extremely vast and somewhat devious if you think about it. US Army’s Training and Doctrine Command’s Major Kenneth Rose had this to say about robotics in the military:

Machines don’t get tired. They don’t close their eyes. They don’t hide under trees when it rains and they don’t talk to their buddies…A human’s attention to detail on guard duty drops dramatically in the first 30 minutes … Machines know no fear.

Robotics and weaponry have been around since the first World War. The German’s and the British created unmanned vehicle loaded with explosives. Their job was to walk into enemy territory and blow themselves to bits.

Robotics are being used in industries that have environments too dangerous for humans to work in. A good example would be car manufacturing factories. Humans could and did do most of the work, but now, robotics are being used on a larger scale to make productions faster and safer for all parties involved.

The medical industry is using robots for surgeries that require a much higher level of precision than what human hands can provide. These robots are manned and operated by a surgeon. But, just due to the fact that a robot won’t tremble under immense pressure, they are saving thousands of lives every single day.

Studying robotics in a university is the most direct way of learning this very critical skill. But, if we’re talking about self-studying robotics as a hobby, then you can use the following three steps to help kick-start your very educational hobby.

If you’re planning on making programmable robots, you need to learn how to write programs first. The best languages to learn at the moment for making robots would be Arduino IDE and Python. Both of these languages have an easy syntax and are pretty easy for beginners to pick up on.

The second most important step in making robots is to learn how to make circuits. You can start off simple by making combinations of LCDs, bells are stuff. Later on, move over to advanced things like transistors, resistors, different types of circuits, breadboards, etc.

Assembling is critical if you wish to create robots. The internal circuits are important, but you do need a body for all those things to go to. To learn assembling, start putting together basic structures of wood, acrylic and plastic to begin with.

Once you’ve practiced and somewhat mastered the above three steps, it’s time to move on over to the big-leagues stuff; implementing them on micro-controllers. The best way to start is through Arduino which is, by far, one of the simplest way to code and implement rudimentary level reactionary circuits.

The above steps are great for someone that’s has some sort of degree, but if you’re a child looking to win the science fair, or a parent wanting their child to learn this skill, you’re going to need to learn through a different approach.

In our opinion, the best way for kids to learn robotics is through something called robotics clubs. These clubs are available in almost all educational institutes and localities and have room for all levels of expertise. It doesn’t matter whether you’re a pro or someone that doesn’t know the positive terminal of a battery. With the help of various seminars, drives, technical talks, competitions and collaborations, robotics clubs guarantee that if you invest the time required, you’ll learn a lot of working with robots.

With that being said, the best way to learn about robotics is to have fun with it. Learning to work with robots is as difficult as you make it for yourself. Stay consistent and unlike some of the other skills in this world, there’s nothing as naturally-gifted. You, like everyone else, will have to struggle hard to get good at it. If you’re willing to put in the time, robotics is one of the fastest-growing industries out there at the moment, you will be awarded for your work.