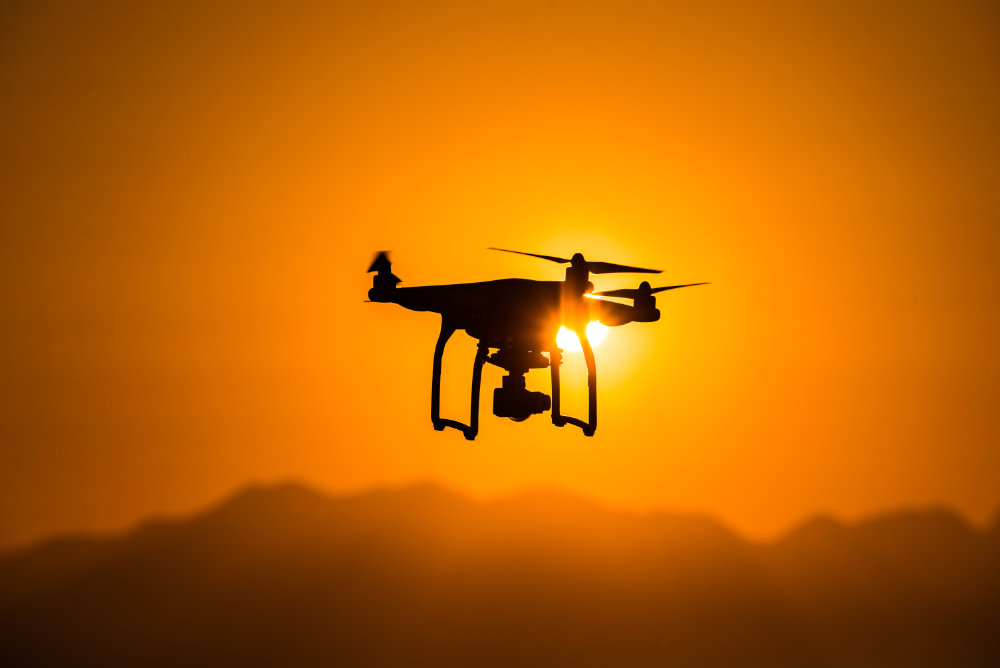 Autel Robotics – The Maestros of the World of Drones

Aerial footage is one of the newest technologies in the world of filmmaking. It’s extremely popular in Hollywood, on YouTube or even just for folks looking to capture family events. While most of the time, drones aren’t really that relatively well known for the clarity of their recordings, they’re still fairly well-used. But, what if we told you that there’s a company out there putting 4K 60 fps technology onto an unmanned aerial vehicle? The possibilities of getting such footage from a portable camera in the air are truly endless. And, if you’d like to know who out there is making the impossible possible, it’s none other than one of the finest makers of aerial drones out there, Autel Robotics.

What is Autel Robotics?

Autel is not one of those company that are extremely well know. We can guarantee that most of you didn’t even know about Autel before you read this article. But that’s just the sort of company they are. Even their list of products can be counted on one hand. But, unlike most other manufacturers, they don’t release everything that they make. Autel Robotics works a bit differently. They claim that if one of their prototypes doesn’t ‘excite’ them, they just never release it. The products they have put forward into the market are the best the company could come up with and the amount of time and dedication they give to their products is easy to see if you’ve bought something from them.

Autel Robotics is a technological firm functioning out of Washington D.C. While Autel Robotics operates completely inside the United States, it’s owned by the parent company from China, Autel Intelligent Technology. The branch in Washington D.C. can be called sort of a distribution point, as all of the manufacturing is done in China. You’re just in contact with the U.S. department that ships the drone to the country. Autel Robotics products are indeed made in China, but their quality and durability doesn’t ever show it.

The reason why we are firmly on the Autel Robotics hype train is because of how versatile their products are. They’re good for both professional and a regular hobbyist at the same time. So, if you’re looking for 4K recording regardless of the application, Autel drone are worth a consideration.

Like we said a minute ago, Autel products can be counted on a single hand. We’re going to go through those products and talk about them to figure out what Autel does that is so different as compared to the rest of the market.

We’re not going to save the best for last. The Evo from Autel Robotics is the company’s prized position / the very best product the company has ever come up with. And, it’s not just the company that says this. The Evo is an award-winning drone for cinematographers and photographers. Let’s talk about this thing in a bit of detail.

First, let’s talk about the design. The drone is built to be one of the fastest aerial cameras out there. It can achieve great speeds with almost no vibrations to the camera’s recording. The drone is compact already, but in order to make it more portable, it’s wings can also be folded in to make it easier to carry. The drone also ensures crash-free flight through its GPS / GLONASS satellite system. It’s even possible to watch the footage from the drone real-time on a computer screen through the Autel Explorer application. If you don’t want to drag a laptop along with you, no worries, there’s also the option to use the 3.3 inch screen on the remote controller – The controller which can operate the drone from 4.3 miles away. The remote is also pretty sweet because of the additional controls on it. You won’t need to manually do everything. The remote contains button for a few basic features like taking off, landing and even a Return to Home button.

That’s all pretty neat, but the real jaw-dropper is the camera on this thing. It’s capable of providing 4K recording with 60 fps, apart from that, a 12 MP still image. The camera is mounted on a three-axis gimbal to reduce shaking and provide a consistent and smooth recording. Once the image has been captured, the camera uses Ambarella H2 Image Processor to complete the shot.

Now this is something you’re not going to find on Amazon. Kestral is actually a prototype model of a concept called VTOL, or for the non-geeky readers, vertical takeoff or landing. Kestral is a small plane designed to take off and land without any type of runway. It functions like a helicopter, but Kestral is able to go at insane speeds, with heavy payloads and extensive flight times even in harsh environments.

Kestral has a crazy amount of applications and ways to improve efficiency around the world. First off, think about such a plane, containing hundreds of kgs of supplies, dropped in a disaster struck areas that would’ve otherwise taken days to reach by land. It also makes rescue missions so much easier. The extensive flight times means that you can leave this plane up there in the sky for patrol. This is great for some of the third world countries where poaching is a great problem.

Kestral is still in development and being perfected, but once it is released, it’ll definitely be one of the hottest aerial vehicles out there.

There’s not much to be said about the Dragon Fish, you could just call this a smaller version of the Kestral. The only difference is that the applications of this drone are a bit limited because of its small size. Revealed at the CES 2017, this fixed wing VTOL drone will also take off and land without a runway. The drone is also hooked up to a camera gimbal. The camera can be replaced with any you wish to install. The Dragon Fish is buried fairly deep in the prototype stage and we have absolutely no estimation on when this will be available in the market. However, one thing can be said for certain, even though the price will be in the thousands, it will cost a lot less than the Kestral.

The X-Star is the very first commercially available drone that Autel came out with and it really blew up. The quadcopter’s design was similar to the DJI Phantom line, but it was really just leaps and bounds better. The original drone isn’t available for sale these days, however, there is a modernly modified version being sold these days. The X-Star 2.0 comes with a Wi-Fi version, 12 MP camera, 25 minute of flight time with half a mile of range. The camera offers a 4K video from the same 3-axis gimbal as the Evo. The older version was priced at around $500, but finding one of those today is pretty difficult. The upgraded version is available for sale though.

Following the success of the 2.0 version, Autel came out with the X-Star Premium, a much better and upgraded version of the drone. The X-Star Premium contains the very best features of the previous version along with quite a few amazing upgrades.

It’s also 4K Ultra HD, the fps isn’t as good as the Evo, but still, the video quality from Premium is spectacular. Autel increased the range of this drone from half a mile to 1.2 miles and added a few autonomous flight modes. Along with that, it contains Dual GPS/GLONASS outdoor navigation, SecureFly™ interference protections and Starpoint Positioning System™.

Where Can You Purchase Autel?

Autel products are actually pretty easy to find and purchase. They have a long list of authorized dealers listed on their website. If you don’t want to go scrolling through all that, here’s a lit of all the sites / stores that sell Autel Robotics products.

The only thing we’d like to say at the end is that, yes, Autel Products do come at a hefty price and you may or may not be fully assure that you’re going to get the most out of your cash. However, take our word for it, Autel products are work every buck. We’re not calling them one of the finest vendors of drones for no reason. They’ve proved this by their small, yet incredible line of consistently awesome products. So, if you’re looking for the best drones in the game, Autel Drones are a great option.